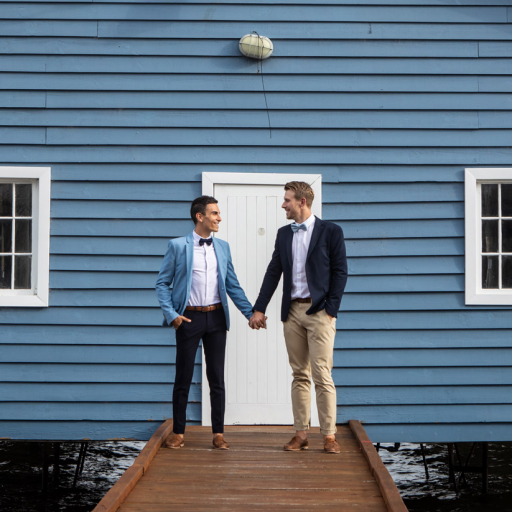 How to get the best out of Stavanger

After our first trip to Bergen earlier this year, we decided that two days was nowhere near enough time to absorb everything that Norway has to offer (what were we thinking!). Last time we were here, we explored the picturesque Hardangerfjord (that’s a mouth full) by car, but this time around we decided that we needed to brush off the old hiking boots, burn some extra calories and explore the Stavanger region on foot.

The main Fjord on our agenda for this trip was Lysefjord, which is home to the famous Pulpit rock (or known in Norwegian as Preikestolen) and Kjeragbolten (which is the five cubic metre rock wedged above a 984m deep abyss). With only two days to explore the area, we knew it was going to be a mammoth task to fit both treks in, but unfortunately, due to the weather, we were only able to hike Pulpit Rock – Looks like we will be back for the third time.

Preikestolen or Pulpit rock is known by many as one of the famous tourist attractions in Norway, it is relatively easy to get to via car or public transport and is about a 3 to 4-hour hike from the car park. The hike isn’t too rough, many people actually had their kids and dogs with them, so don’t stress out if you are not an avid hiker. I do recommend bringing some sturdy shoes, I bought just some trainers and the number of times I nearly rolled my ankle was ridiculous. It was also crazy windy up there so make sure you have a wind breaker with you.

As we didn’t have a car, we decided it would be best to head to the rock as early as we could to avoid the crowds and to get the best pictures. We took the ferry from Stavanger to Tau, which took approximately half an hour – Tip: don’t stress if you don’t pre-book a ticket, there is plenty of space on board the ferry. The ferry ends up costing 54 NOK (Norwegian Krones) each, for a one-way journey and you can pay the ticket inspector onboard.

The ferry leaves between the two ports rather frequently (about every 40 – 50 minutes depending on the day) and you can see the time table here. Once you get to Tau, just left of the port is a bus station, most likely there will be two buses there waiting to pick you up. One company is called Tide and the other is Pulpit Rock Tours, both are similar in cost (around 175 NOK any time return), you can actually pre-buy tickets online, or there will be guys selling tickets at Stavanger Port. You can also buy tickets onboard the buses, so whichever method you choose, all bases are covered. The bus ride takes close to and hour and takes you to base carpark of Preikestolen, but there is some interesting scenery along the way.

What to expect on the hike.

The climb for us actually took us around the 1-hour mark as we were trying to outrun the rain. The climb is quite scenic and although the climb has a challenging incline for the first couple of kilometers, there are a few sections of the hike at the back end where you walk through some flat swampy and lakes area. If it had been a little be warmer, it would be pretty hard not to resist diving into the lakes, especially after conquering the main climb of the hike. After about 15 minutes past the swamps, we finally got to the top of the cliff face, we were absolutely taken away by the beauty of the Fjord, it was so rewarding to get to the top.

The rock itself is a large shelf that sticks 604m above the fjord, the rock is riddled with large cracks, which I tried not to think about when walking around up there. Even though we lucked out and didn’t get a sunny day to hike the trail, the clouds actually added a great effect to our photos. The reflection from the fjord gave everything, including the clouds various degrees of blue tinge, which made for some excellent photos. After topping up on some energy and exploring the area a little more, we continued on the trail for another 200 hundred meters. If you have the energy, definitely go for it, because you can get some great views of the whole Pulpit rock with the fjord straight behind it. This hike was so worth it and was not as hard as I thought it would be.

Kyerag  is another must do trail located within the basin of Lyle fjord.  We planned to hike the trail on our second day in Stavanger,  but we must have bought the miserable weather with us from London. The weather forecast was definitely a bit too unsuitable for a more advanced hike like this. The trail itself is approximately 10 kilometers (6.2 miles) and does involve some small vertical climbs. Even though we didn’t manage to hike it ourselves, we did meet a few people who completed the hike and they told us that it was a much more scenic trek than the Preikestolen trail and it also allows you to get that adrenaline fuelled picture of you standing on that boulder which separates you from the 989m drop to the Fjord below.

If you are worried getting a photo on the rock, the locals believe that the trail is lucky, because no one has known to have died on from getting pictures on the rock. We are a bit disappointed we didn’t make it, but at least we have given ourselves an excuse to come back and finish the trek and maybe tick off a few more bucket list items on our agenda.

A Guide to Stavanger City

The facades of Stavanger City.

Stavanger is a lively little city in South West of Norway, and is home to the Country’s oil boom, which means there has been quite a bit of investment in the area. Also with a boom comes higher prices, and oh boy they are high in Stavanger. It is one of the most expensive cities in Norway, we thought we knew what we were in for, seeing as we have been to Bergen originally, but we were shocked when the 400ml glass of beers cost us 79 krones (roughly £7 or $13 aud) each. I almost had a heart attack, but at least I had myself a glass of well-deserved beer after the Pulpit rock hike! Lucky we planned ahead and bought something from duty-free in London, phew! If you are planning on to come here on a shoe-string budget, it can be done, but don’t expect to have many big nights out. Food is also equally expensive, so prepare to eat plenty of  30 krone delicious hot dogs from 7/11.

Anyways enough about how expensive Stavanger is, the city has some great little sights of its own and has quite a night life for a little city. A walk through old Stavanger showcased some treasures including white heritage wooden buildings from the 1800’s (located close to the main shopping district). The swords in the rock is also an interesting artwork if you have time to check it out, and in regards to museum’s, the Petroleum Museum is highly recommended. If you are looking for some atmosphere and some good quality craft beer, Ovre Holmegate is a colourful street with loads of trendy little shops, cafes and bars to choose from.

Overall, Stavanger was a great place for a weekend and I think the ideal time from the area is 2-4 days. It has beautiful scenery and the town has an exciting vibe. It will be on our list to come back again. If you have anything else you enjoyed or some you experienced differently, let us know in the comments below.

London Bike: The Best Way To See London Tourist Attractions in One Day! 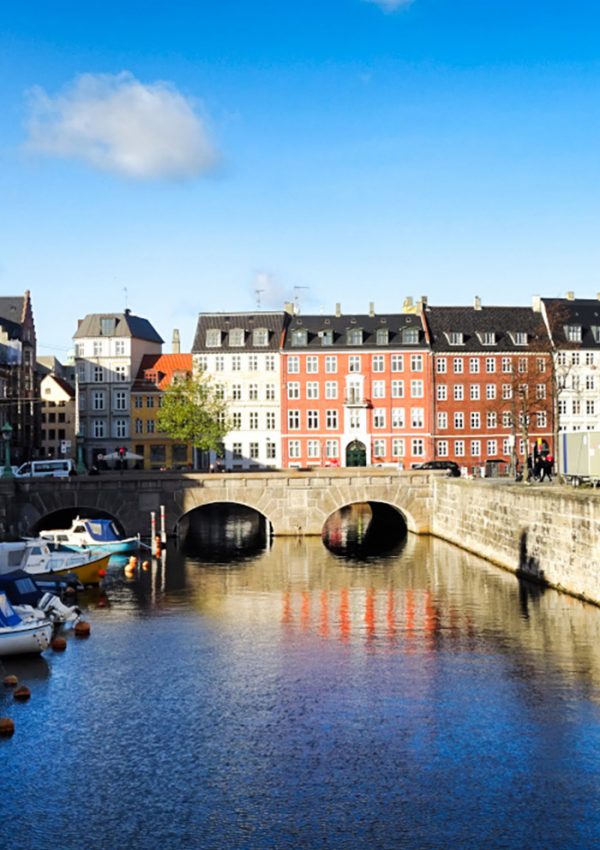 Living the Nordic Dream: Our Express Guide to Copenhagen 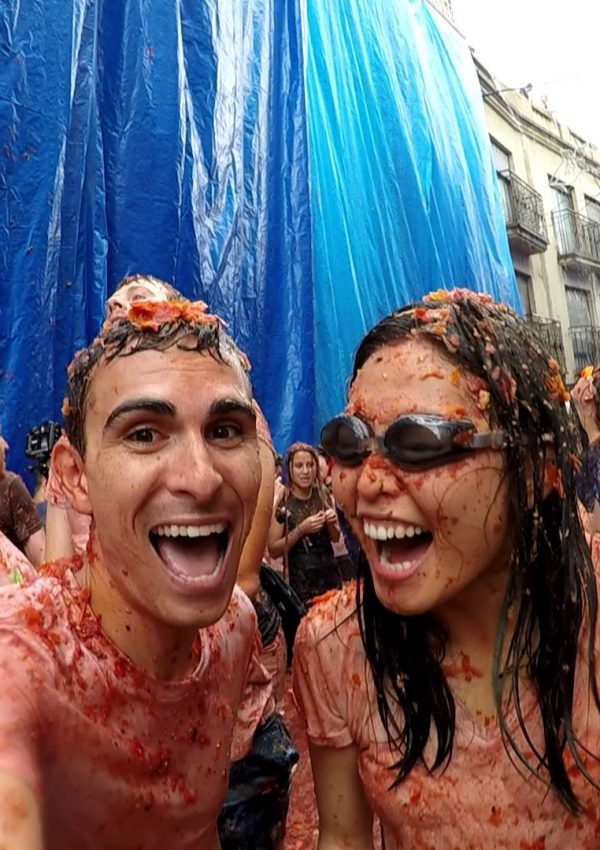 La Tomatina: An Insight into a Day at Spain’s Most Epic Festival: La Tomatina 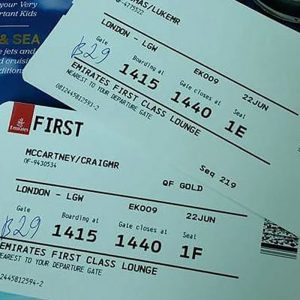 Hello there! Welcome to Travelling Husbands, a travel and lifestyle blog showcasing a collection of our travel experiences from visiting over 80 countries. We have plenty of content inspired from our globetrotting adventures as well as living in one of the most exciting cities in the world (London). Find our more about us here.

After a long flight from London back to our Home t

Ad. The UK has some of the most scenic drives in t

Ad. Have you ever thought about travelling along t

Speedos and summer in Santorini is the perfect com

A champagne breakfast served on our terrace every

Jumping into a pool overlooking the caldera be lik

Santorini Sunsets ❤️ I know it sounds a bit c

Sunsets in Greece will never get old, especially w

If you live outside of London and are looking for

London really knows how to throw a party 🎉 🇬

You, me and a thousand palms trees 🌴❤️Valle 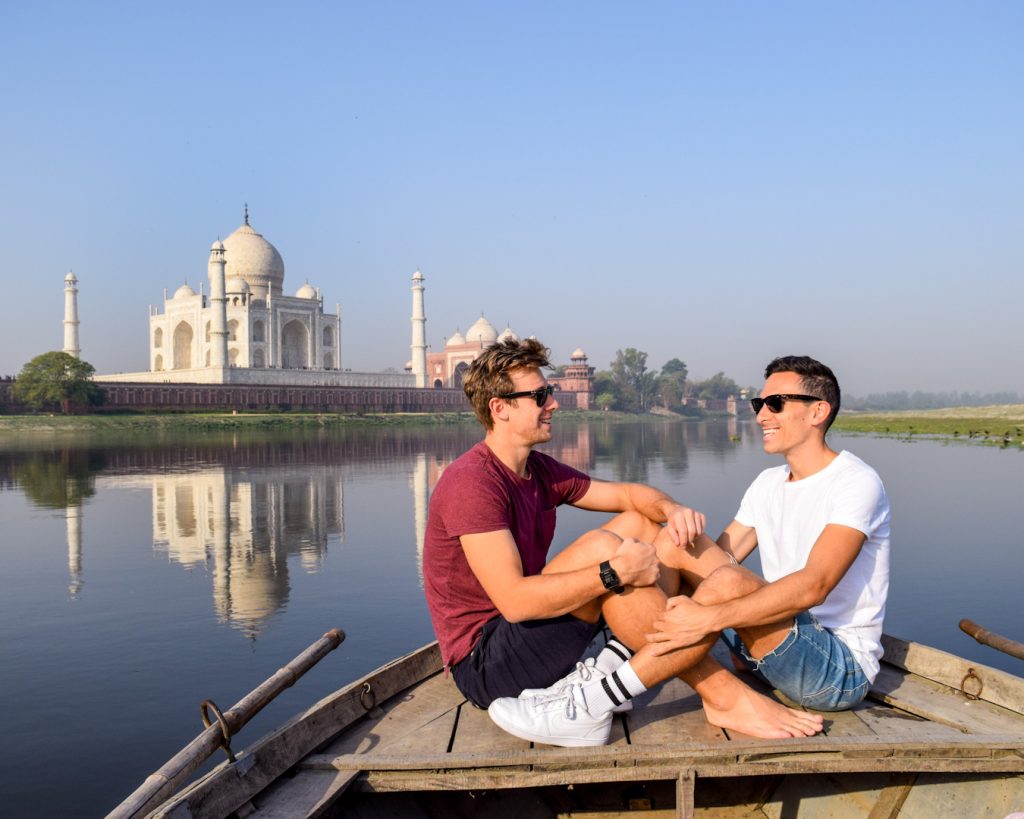 We're Craig and Luke from the Travelling Husbands. We have been exploring the world hand in hand since 2011 and have visited over 80 countries between us. Our goal is to share our experiences with like-minded travellers to ensure you get the best out of your adventure... Thanks so much for stopping by!

After a long flight from London back to our Home t

Ad. The UK has some of the most scenic drives in t

Ad. Have you ever thought about travelling along t

Speedos and summer in Santorini is the perfect com

A champagne breakfast served on our terrace every